How safe is it to reopen Schools for children?

Is coronavirus a danger for children?

With the wide outbreak of the deadly virus taking away millions of lives, children, however, are at extremely low risk of becoming ill from the virus.

Sources involved said the risk of coronavirus to pupils going back to the classroom was “very, very small, but it is not zero”.

Children have so far only accounted for between 1% and 5% of all diagnosed cases, according to Prof Adilia Warris, a paediatric infectious diseases specialist at the University of Exeter. 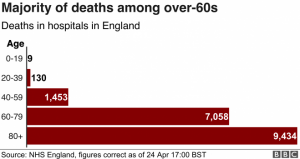 They often have “milder disease than adults,” she says, pointing out that deaths have been rare.

However, there is much uncertainty throughout the advice.

There have been loud calls from within the teaching profession to see the advice, which led to England aiming to get Reception, Year 1 and Year 6 back in school from the month of June.

How safe is it to reopen schools?

The documents say they “cannot be clear” on the extent schools could be reopened without leading to cases taking off in the UK again.

And while it is evident that children are far less likely to be severely ill, there is contradictory evidence on how likely they are to be infected or to spread the virus.

Studies show that children are 56% less likely to be infected than an adult if they are in contact with an infected individual. However, a source revealed that any activity outside the home had risks, and that the risk to children from reopening schools was considered low.

Opening nurseries and reception classes would have a smaller effect on the spread of the virus than primary and secondary schools.

The advice also says pupils coming in on alternate weeks were “good ways to stop extensive transmission chains in school”.

Risks to the staff

More children in schools means more teachers working, and more parents at the school gates, and it’s not yet clear how those extra contacts might affect the spread of infection.

However it was reported that in 22 European Union countries where schools were partially reopened, there hadn’t been a significant increase in cases, including among staff. These countries all opened up schools to different extents.

Can children pass on the virus to others?

World Health Organization (WHO) chief scientist Dr Soumya Swaminathan agrees that children are “less capable” of spreading the virus, and are at “very low risk” of getting ill from the disease. 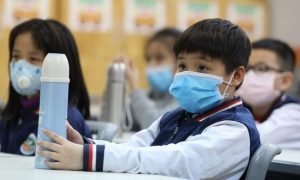 It is still not clear how infectious anyone with very mild symptoms or no symptoms at all is – at any age. To understand this we would need widespread antibody testing to identify who has had the virus across the whole population, and work out how they might have caught it.

A review of the evidence by a global team of researchers concluded: “The role of children in transmission is unclear, but consistent evidence is demonstrating a lower likelihood of acquiring infection, and lower rates of children bringing infections into households.”