Academia-Industry-Youngsters : The Model For Startups 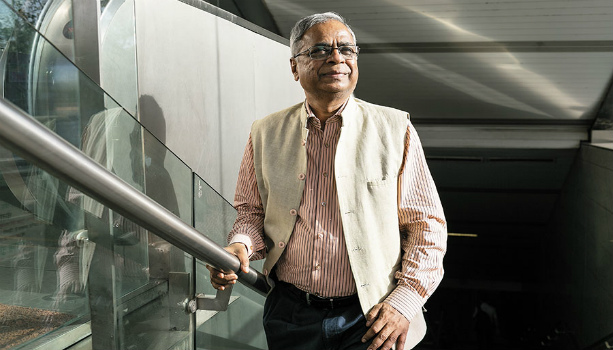 Very often question arises on the role of academia in the industry and how it helps in nurturing upcoming start-ups. As far as conventional notion goes, there are 2 types of academia – one who sticks to the lab and his academic profile, and the other one who veers for a more robust lab-industry tie-up. Now, the question is ” Which one succeeds in the long run?”, “Which one is more sustainable?”, “Which one is better for the industry?” The answer to this is provided by a comprehensive Forbes interview given by Ashok Jhunjhunwala, a veteran of IIT-Madras.

Ashok Jhunjhunwala, a 35-year veteran at the electrical engineering department of the Indian Institute of Technology-Madras, has been at the forefront of fostering a culture of innovation at the institute. He was the harbinger of large-scale industry-academia partnership which led to the development encouraging initiatives such as the Telecommunications and Computer Networks group, the IIT-Madras Incubation Cell and the IIT-Madras Research Park.

The 2010 IIT-Madras Research Park showed how the academia- industry-youngster combination drives up innovation and solves any kind of problem.

Ashok Jhunjhunwala reiterated this in his Forbes interview. “We wanted to see how the academia works with the industry and create products that can make a difference to India. If we put these three sets of people together it can bring innovative solutions for all kinds of problems.

Speaking to Forbes, Jhunjhunwala made some valid points on why Indian start-ups aren’t showing viable results. The reasons are deep-rooted and determine how the start-up sector is functioning.

There are two kinds of academia. One is ready to go all the way and make commercial products out of their innovations so that the innovation will reach people. Second are the people who are keen on setting up a lab demo, show the world their great work but don’t want to go beyond that.

Gradually, things are changing and more faculty people are making their foray into the industry. Even at IIT-Madras, hardly 10 percent of the faculty used to work with the industry seven or eight years ago. Today it is about 50 percent. Earlier, they were happy publishing their work. The change is brought when some people took the plunge and reap the benefits in the IIT-Madras Research Park.

“The other thing is, at the Research Park, we have a grading system; companies have to maintain credit points proportional to the space taken up. We make it a part of the rental contract, which ensures the purpose of the facility is met. In some cases, the firms have linked a part of the variable pay for their key executives to their engagement with the Research Park. Those are the things you need to do in the beginning when people do not believe in possibilities of the initiative”, says Jhunjhunwala.

Addressing this problem Jhunjhunwala says, “I would agree that there weren’t enough backers about three years ago. Today, people are willing to fund such companies. There are a large number of angel funds that have come up and add value beyond money. In one of the startups I was associated with, there were about 24 individuals who had put close to ₹10 lakh each, and the founder said, if he could communicate to those investors what he was doing, they could help in other ways. Maybe not all 24 would help, but at least 10 could. Today, he is getting business deals through those connects and the company is growing.”

So, if you have the right mentors and doing it right, placing all your cards right and showing a steady revenue and customer satisfaction you will attract investments.

For example, “If you have taken say ₹4-5 crore from angels, you have to show some results. The ₹25 crore from institutional funds will come when you have satisfied customers, shown steady revenue and good margins. Of course, some startups will do well and some won’t. For them, the most important thing is mentoring. If they don’t find the right mentors, they land in trouble”.

This a potential area of concern that afflicts social start-ups.There’s an inbuilt weakness in addressing the issue. As we are more keen on the idea we fall short on looking ways of viable implementation of the idea. Thus, innovation is needed in both the sections – one to come up with a pathbreaking idea and the other on viably implementing it.

As Jhunjhunwala says, ” There are very good ideas, but very often, social innovations turn away from the fact that they have to earn money. If the focus is only on doing good to people and recovers costs, you will never win. Social innovation and entrepreneurship have been misinterpreted by many people who think that they don’t have to pursue money. That is where things go wrong. Such businesses may complain that there aren’t enough investors, but people mostly don’t invest because they don’t make money. Mixing up these two things is not fair. You may do social good, but you need to make money to scale.”