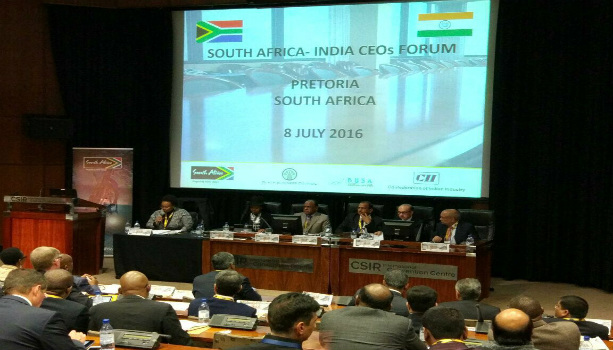 Business leaders from India and South Africa on Friday signed eight MoUs at a CEO forum on the sidelines of PM Narendra Modi’s visit to the African country.

The MoUs were signed in sectors including mining, railways, defence and education.

The biggest of the MoUs was signed between a South African port and Cipla, involving investment worth around $90 million.